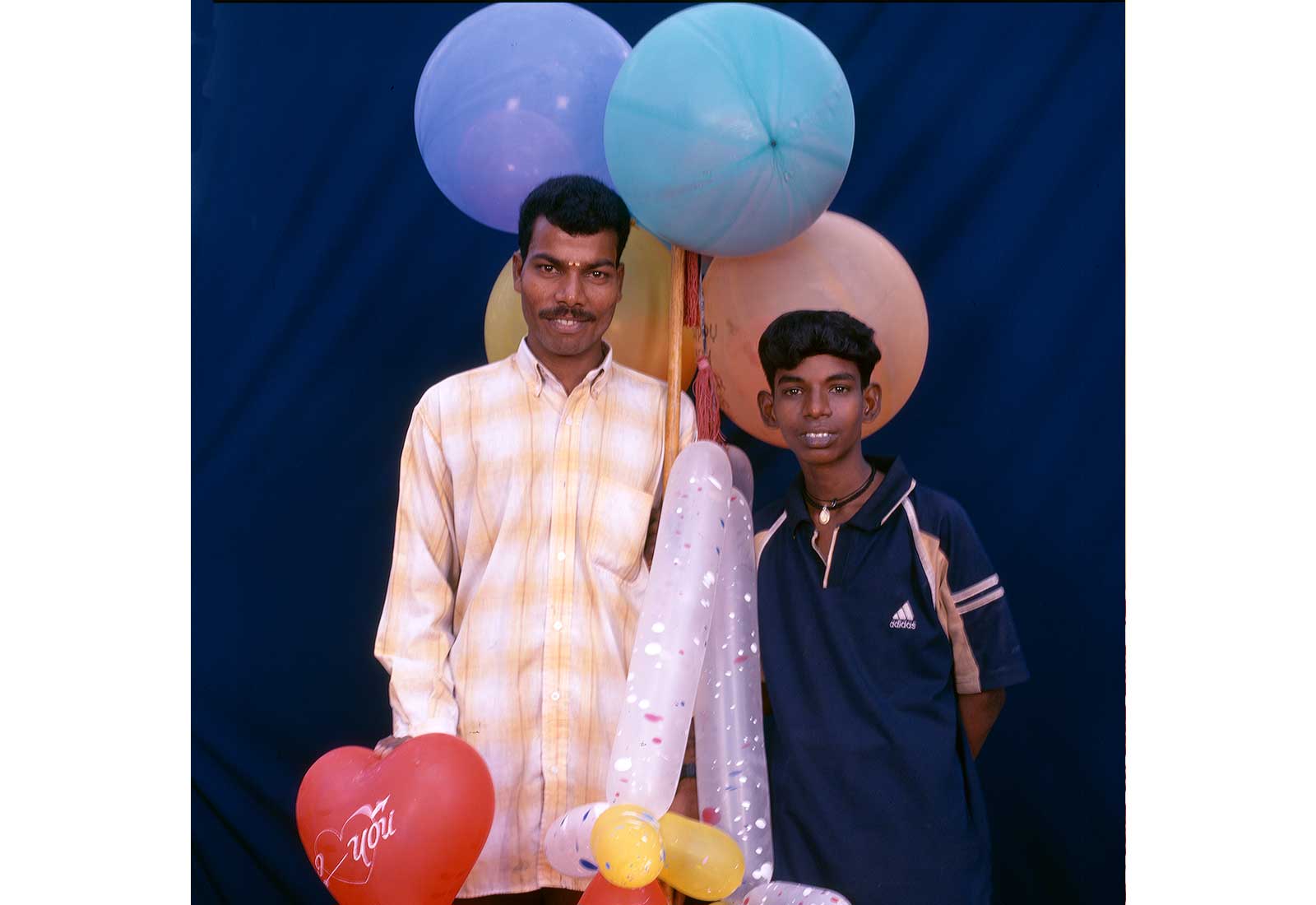 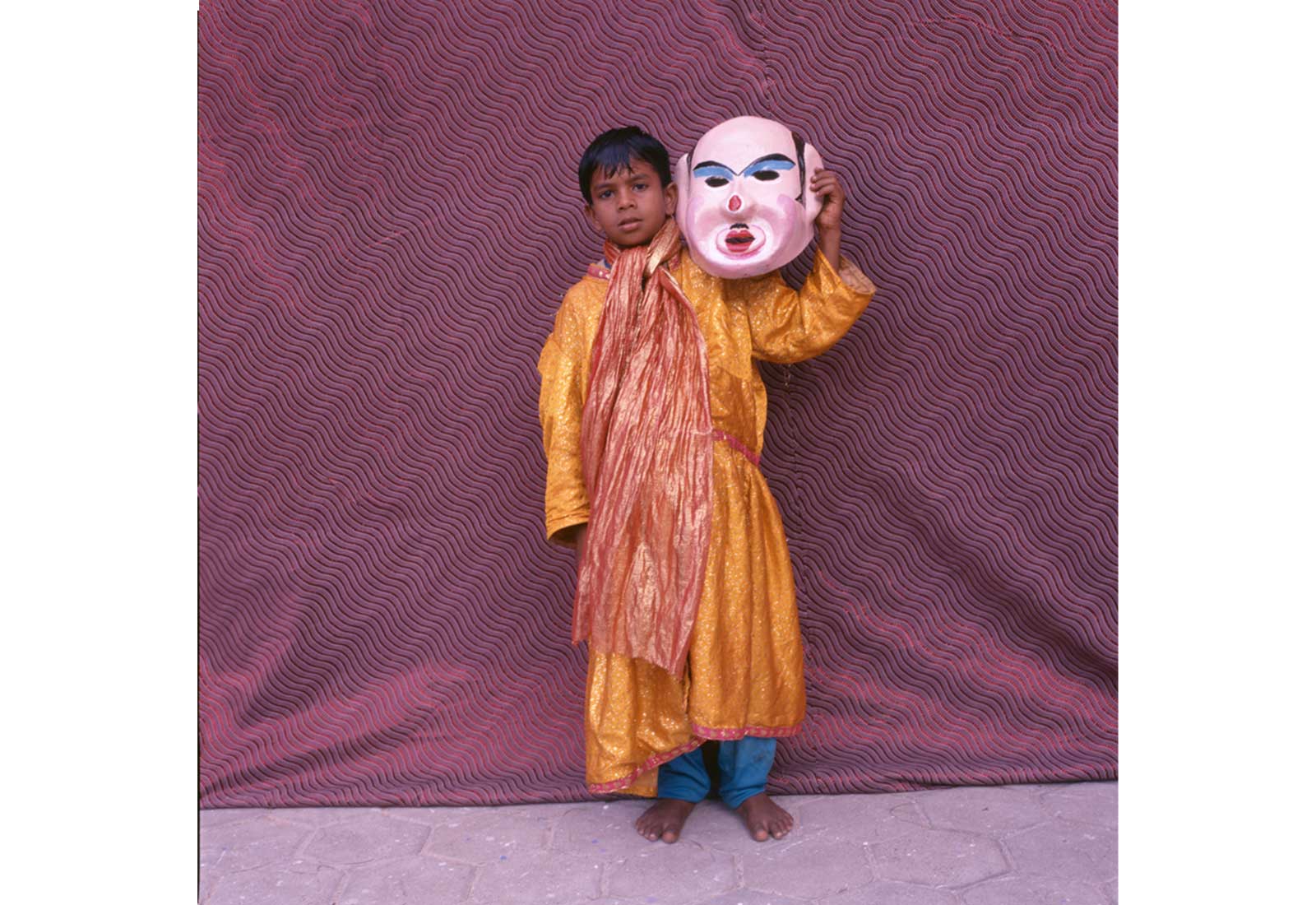 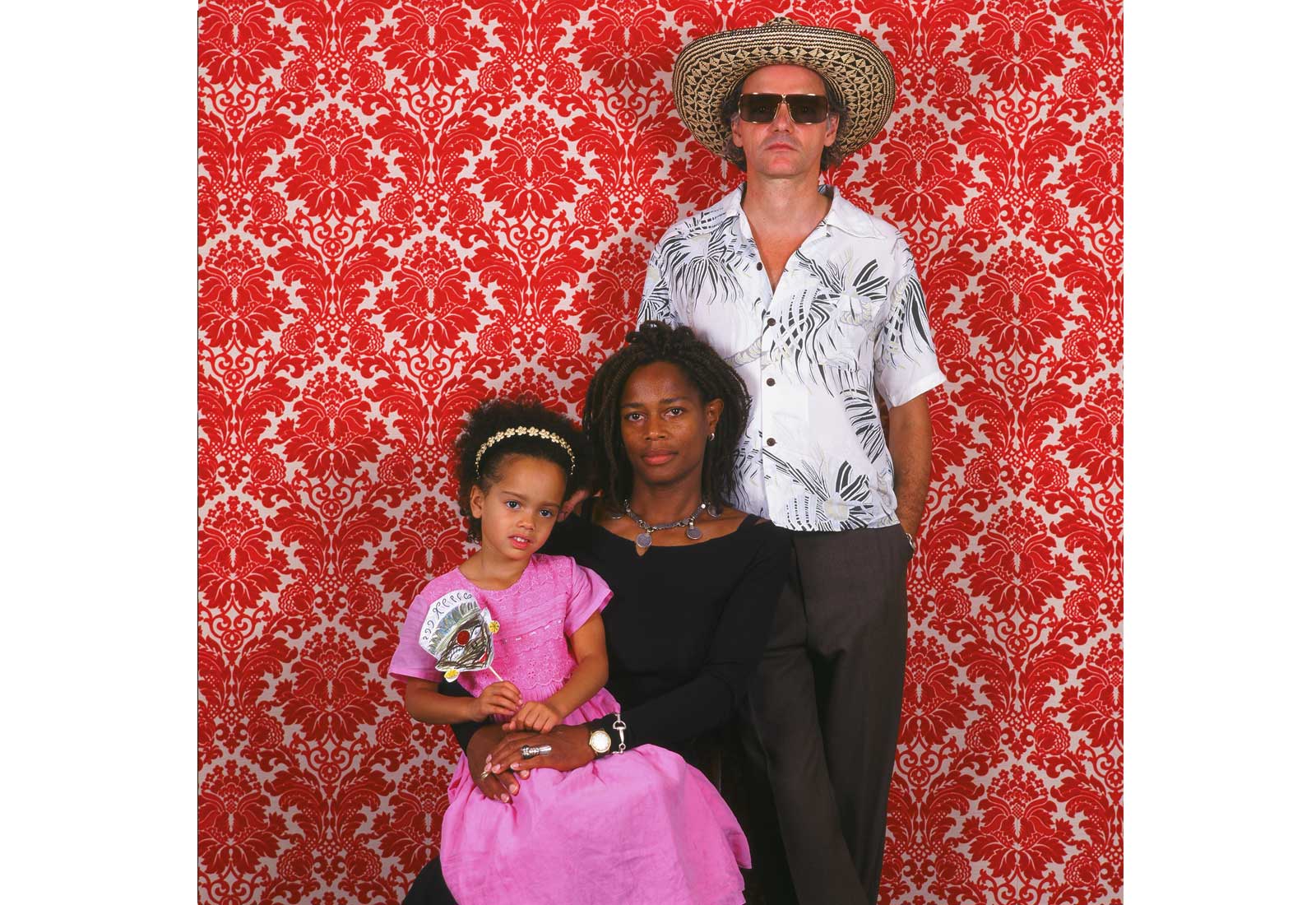 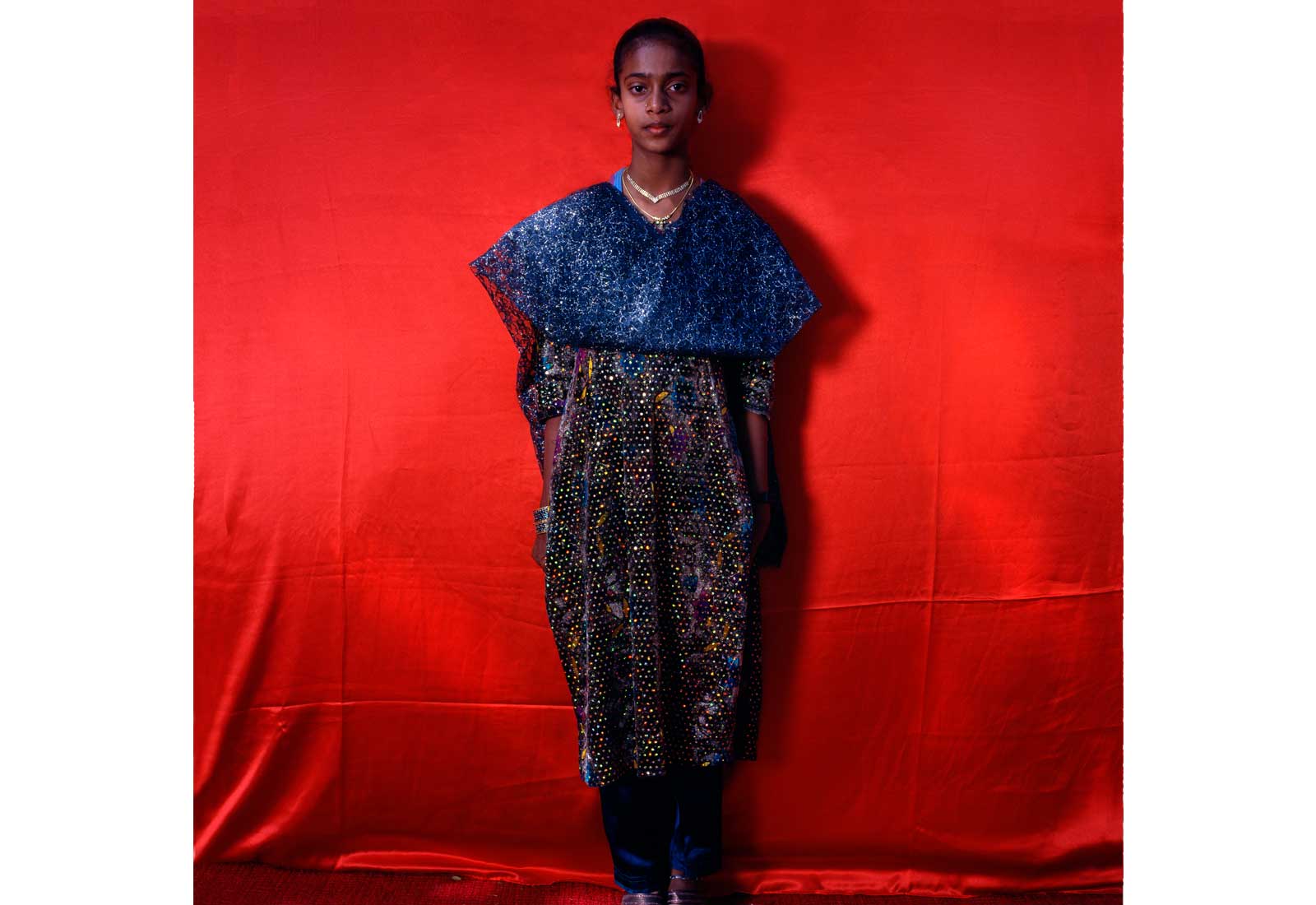 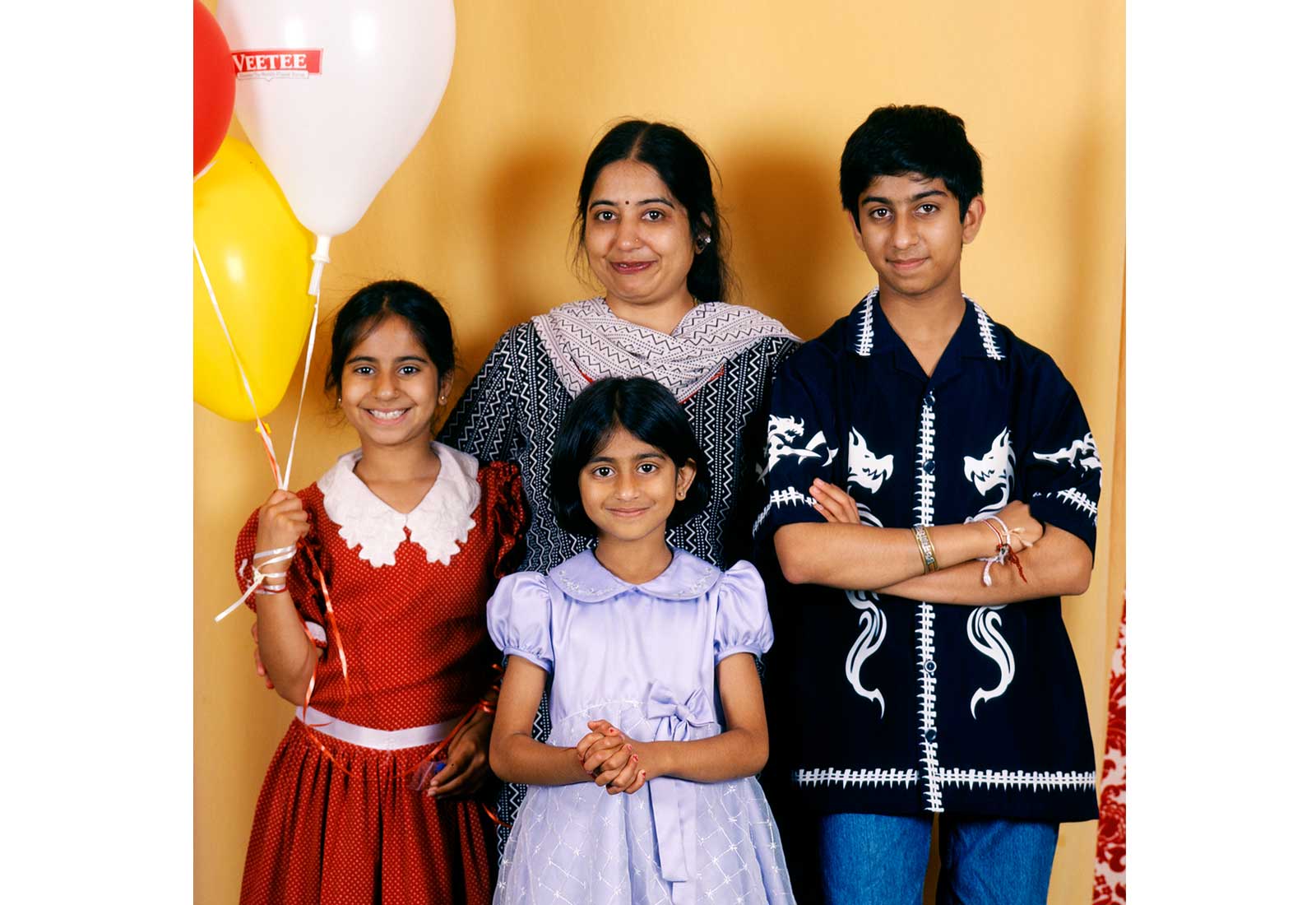 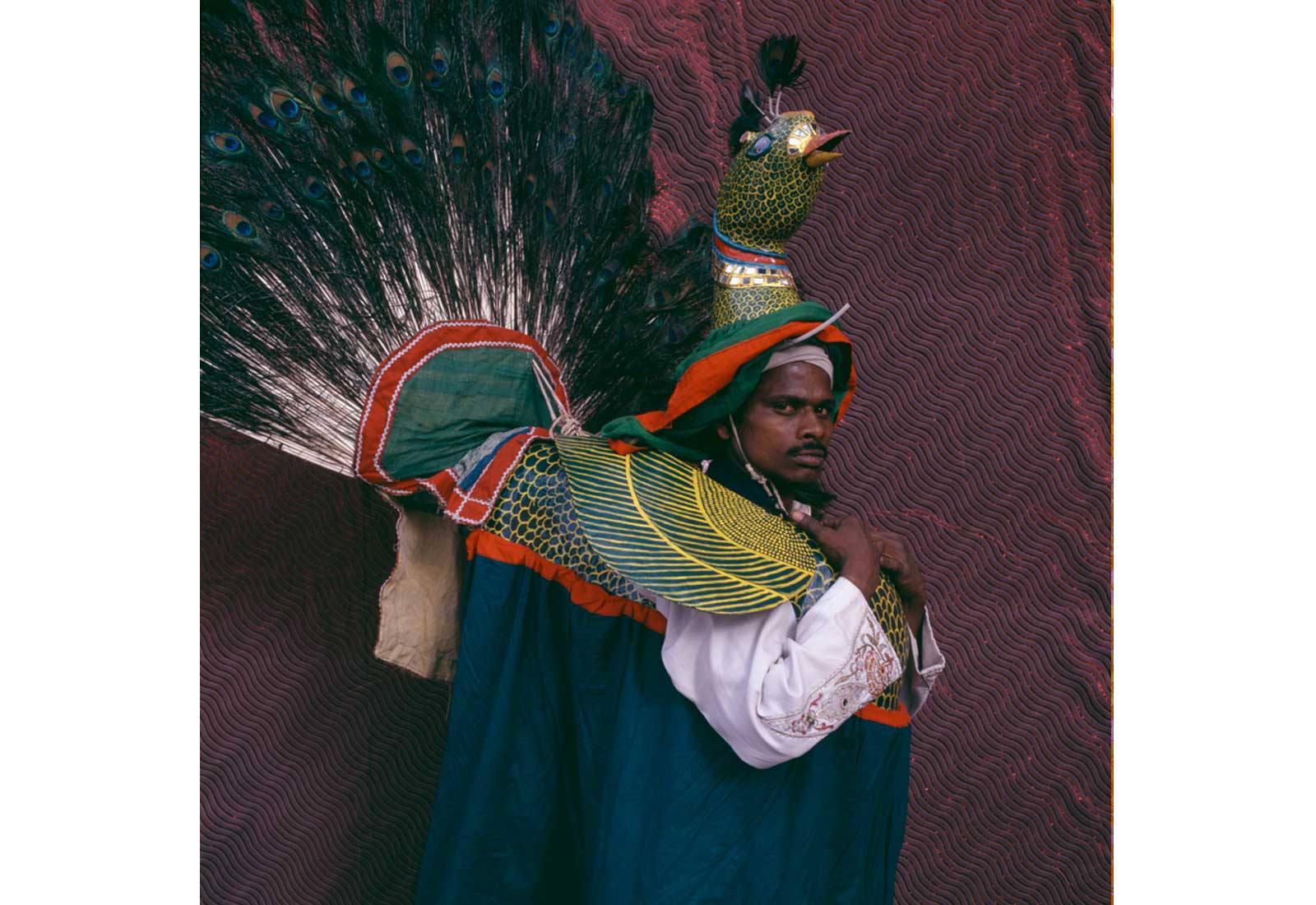 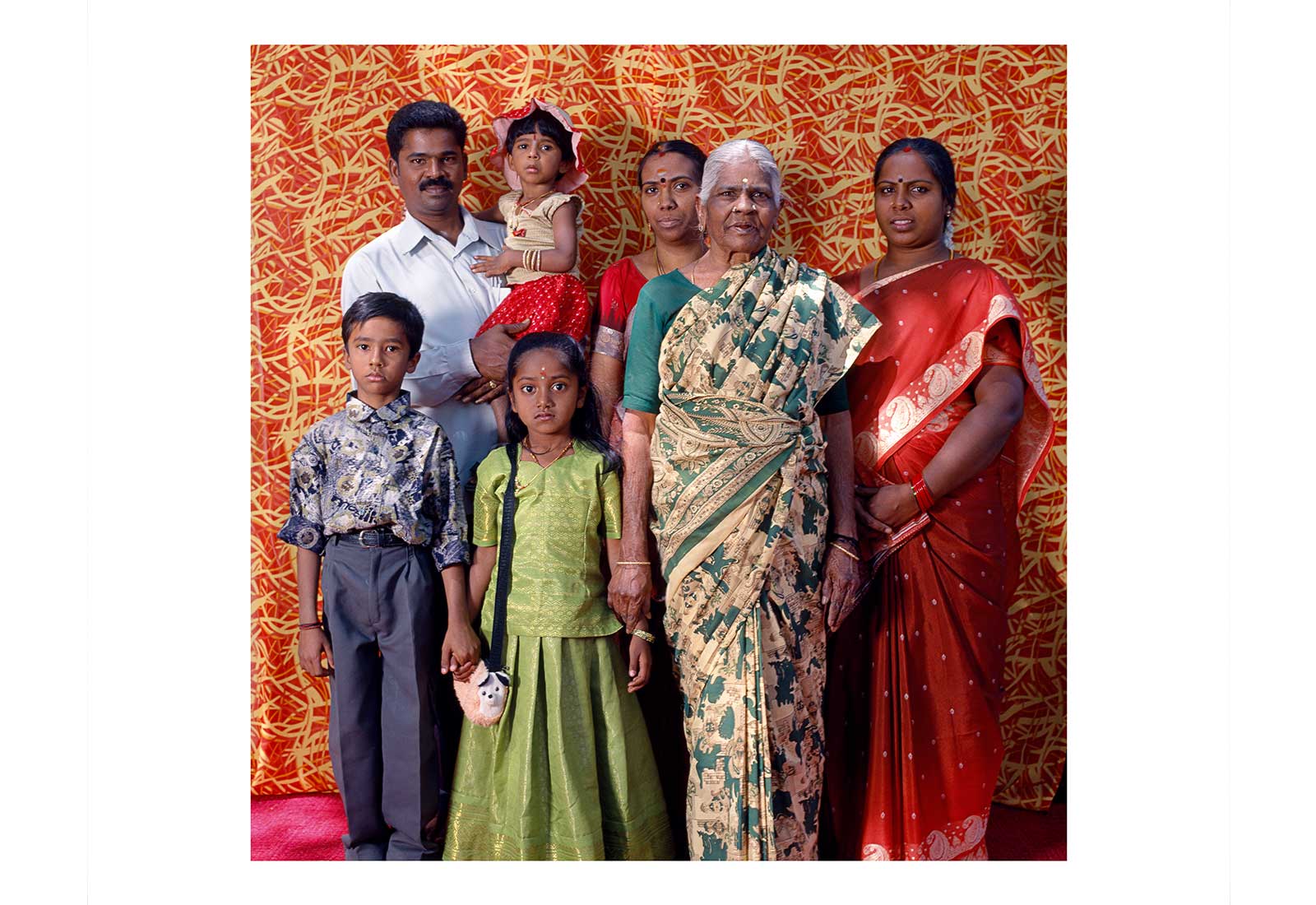 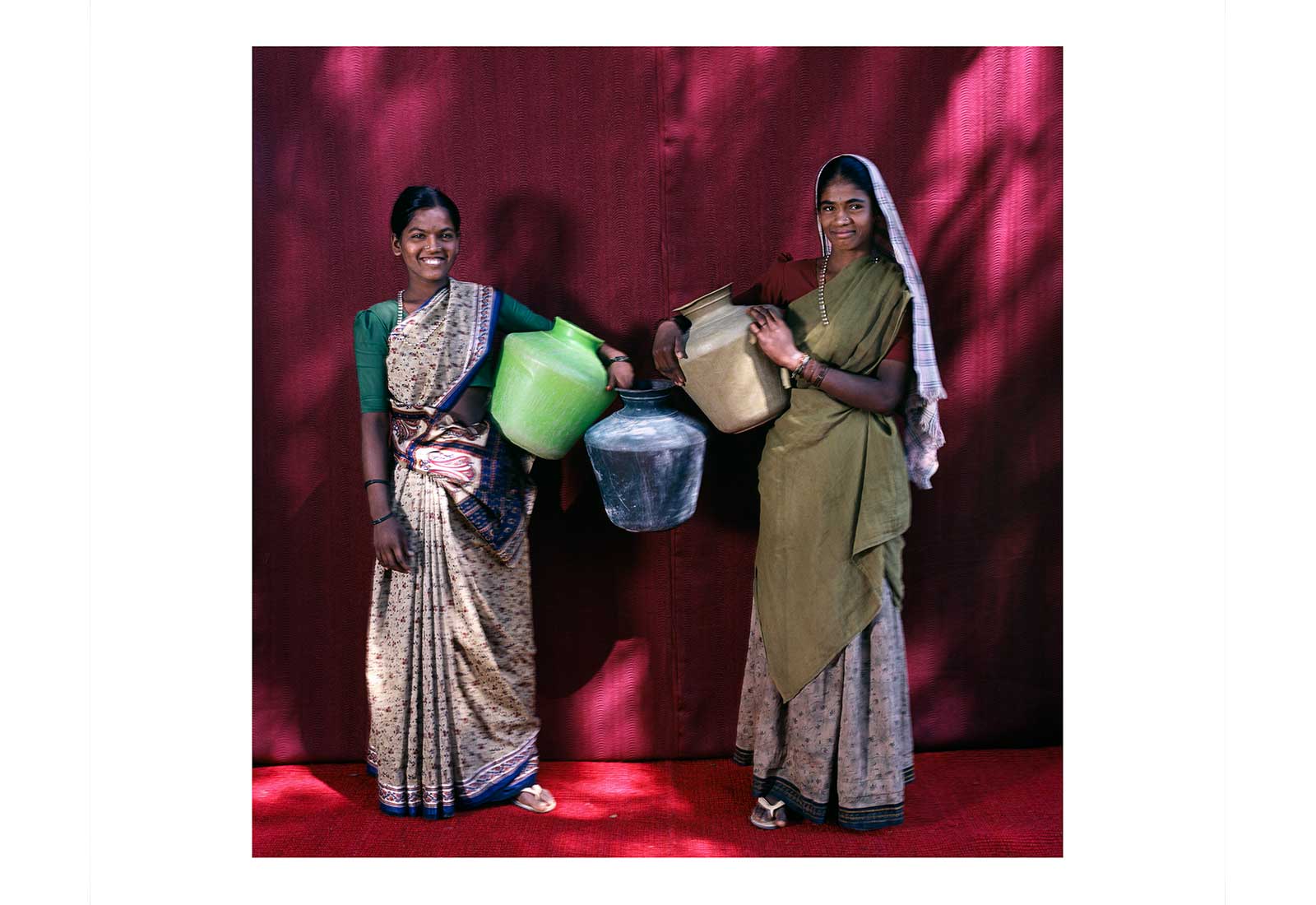 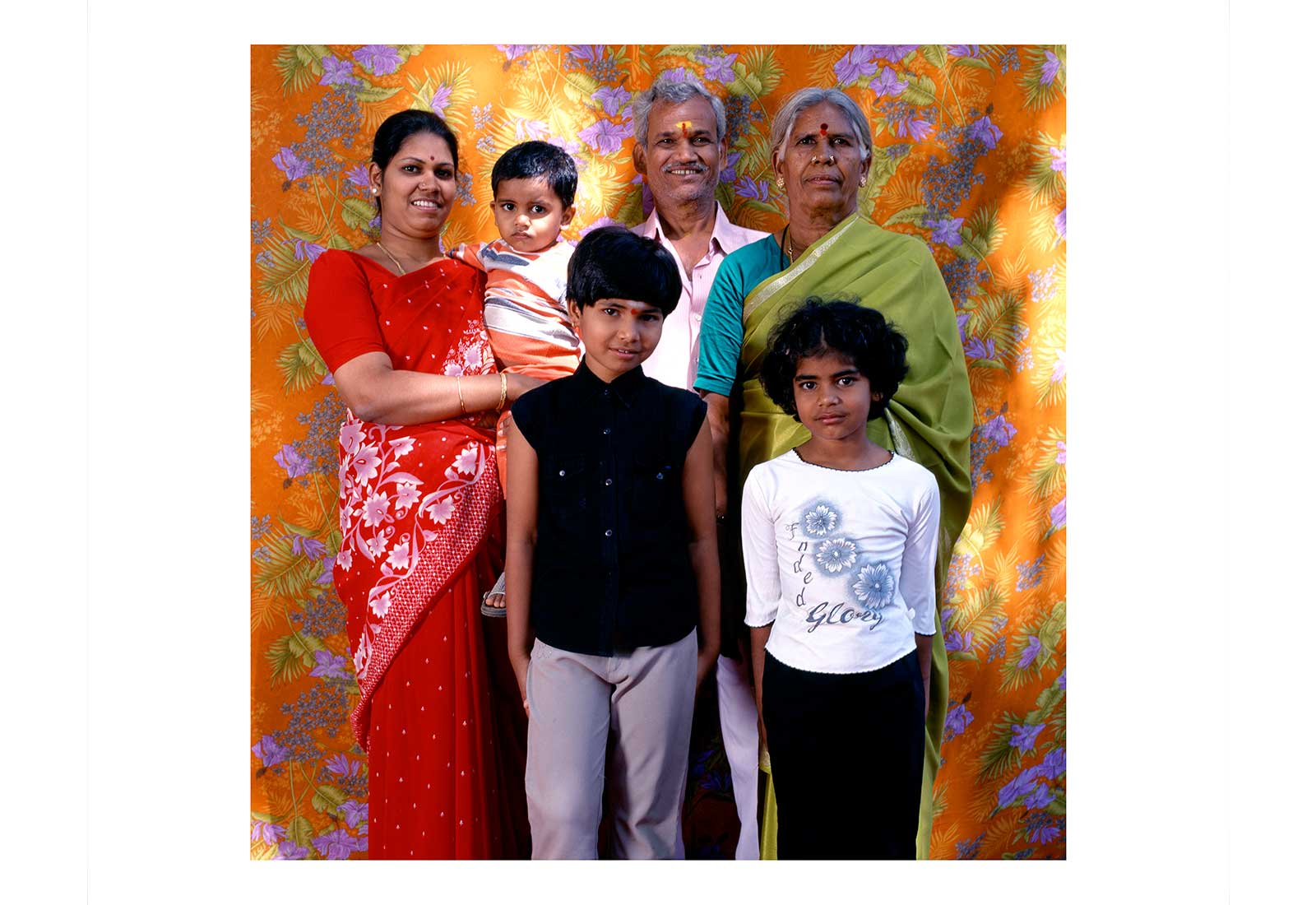 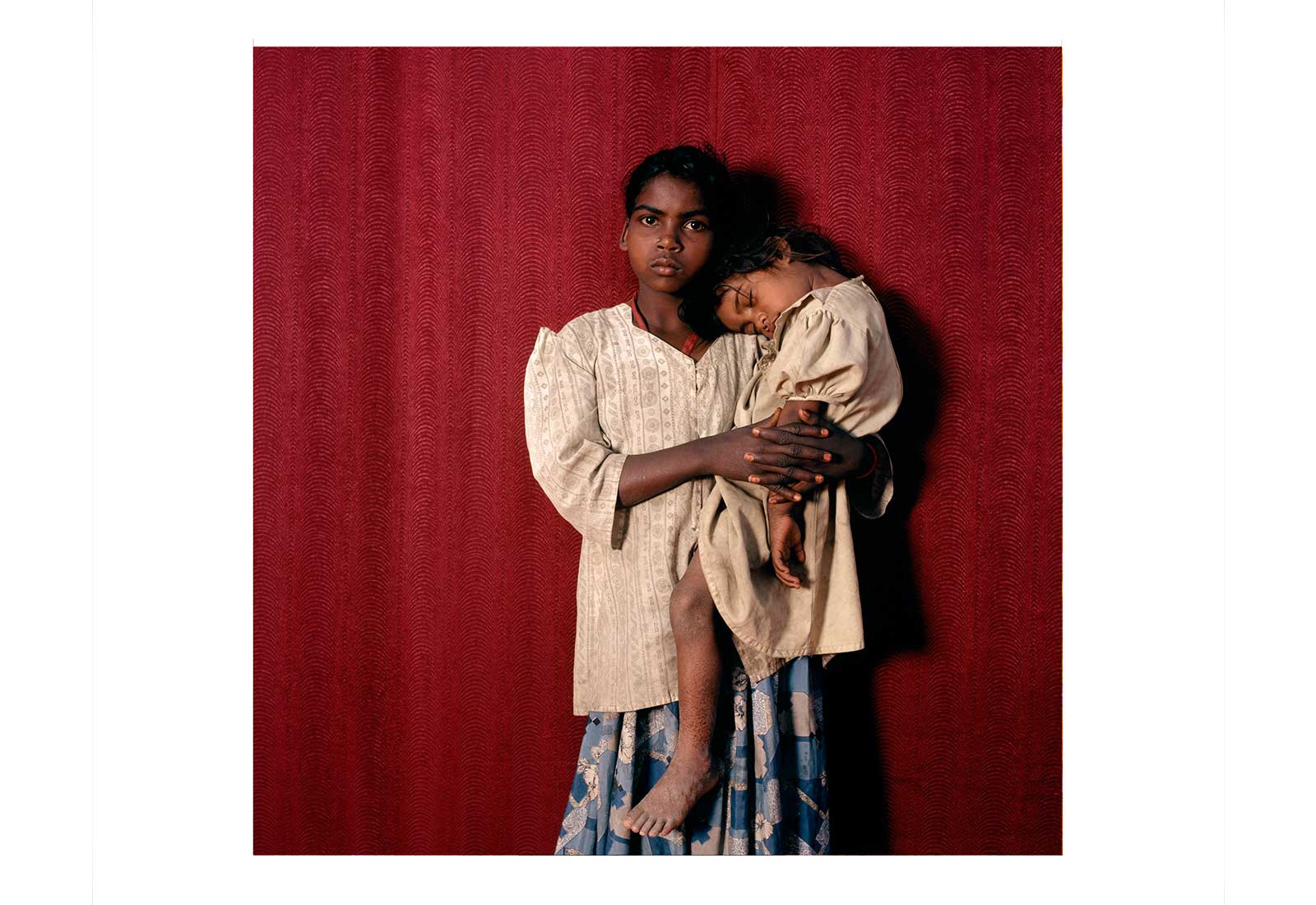 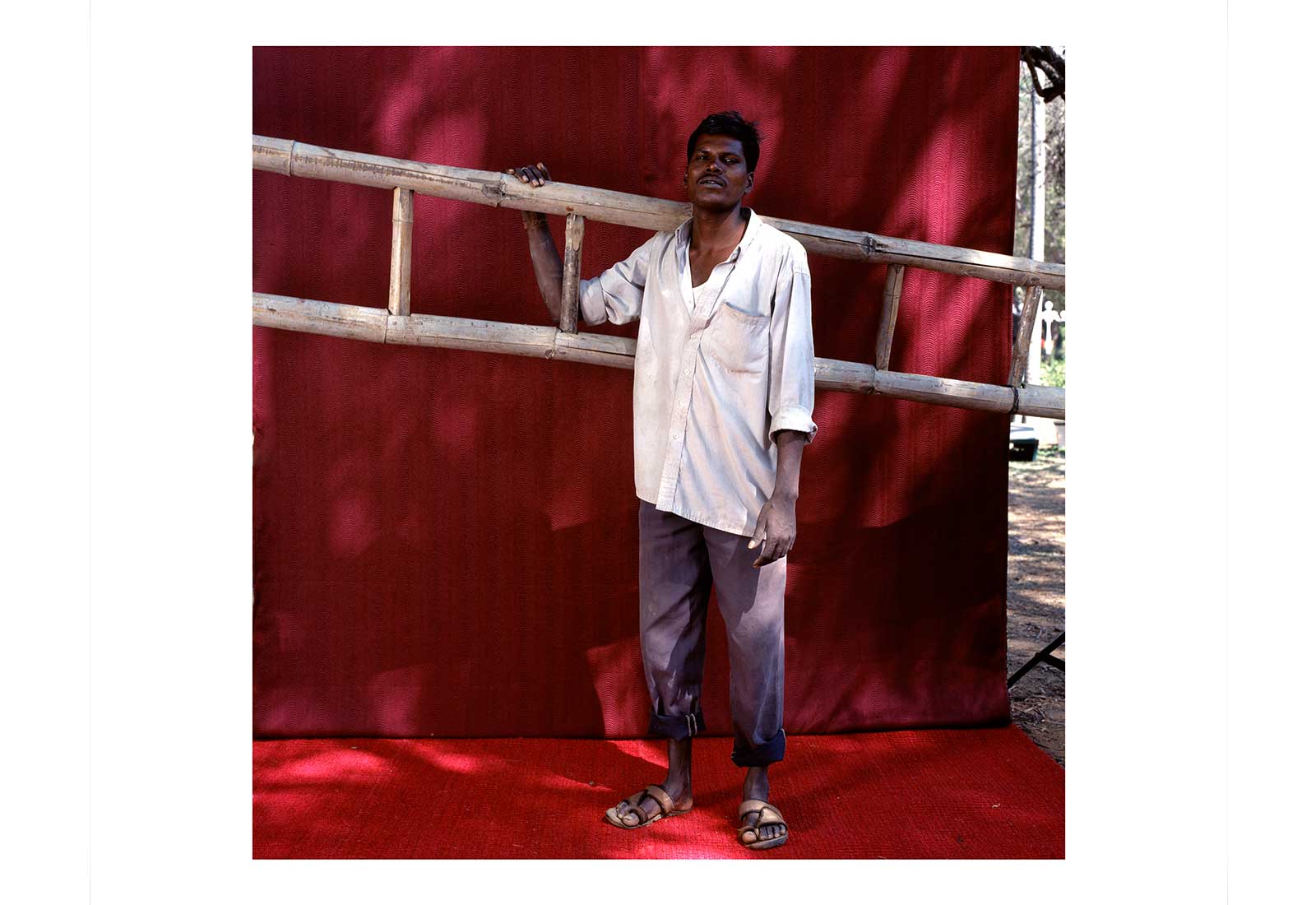 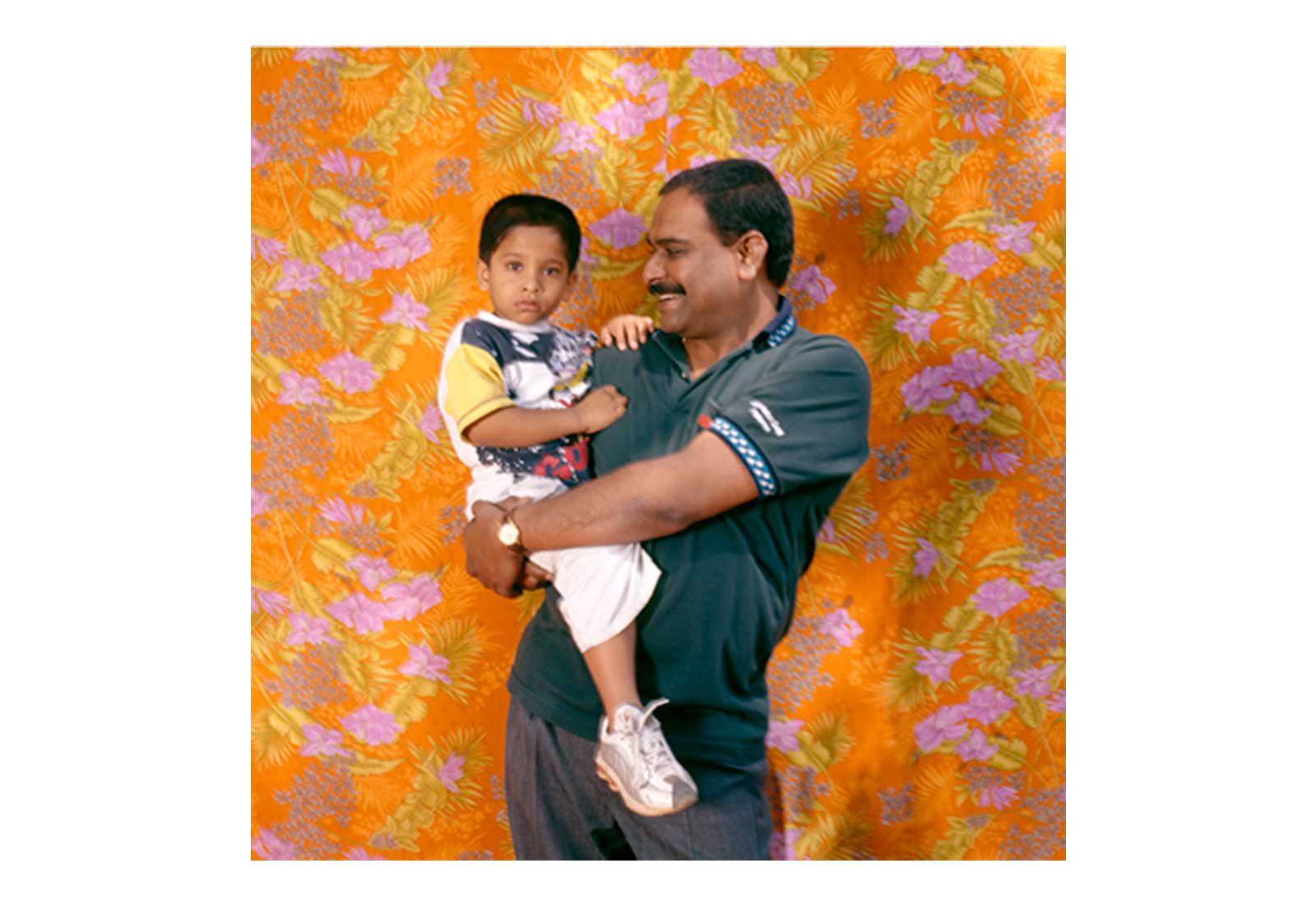 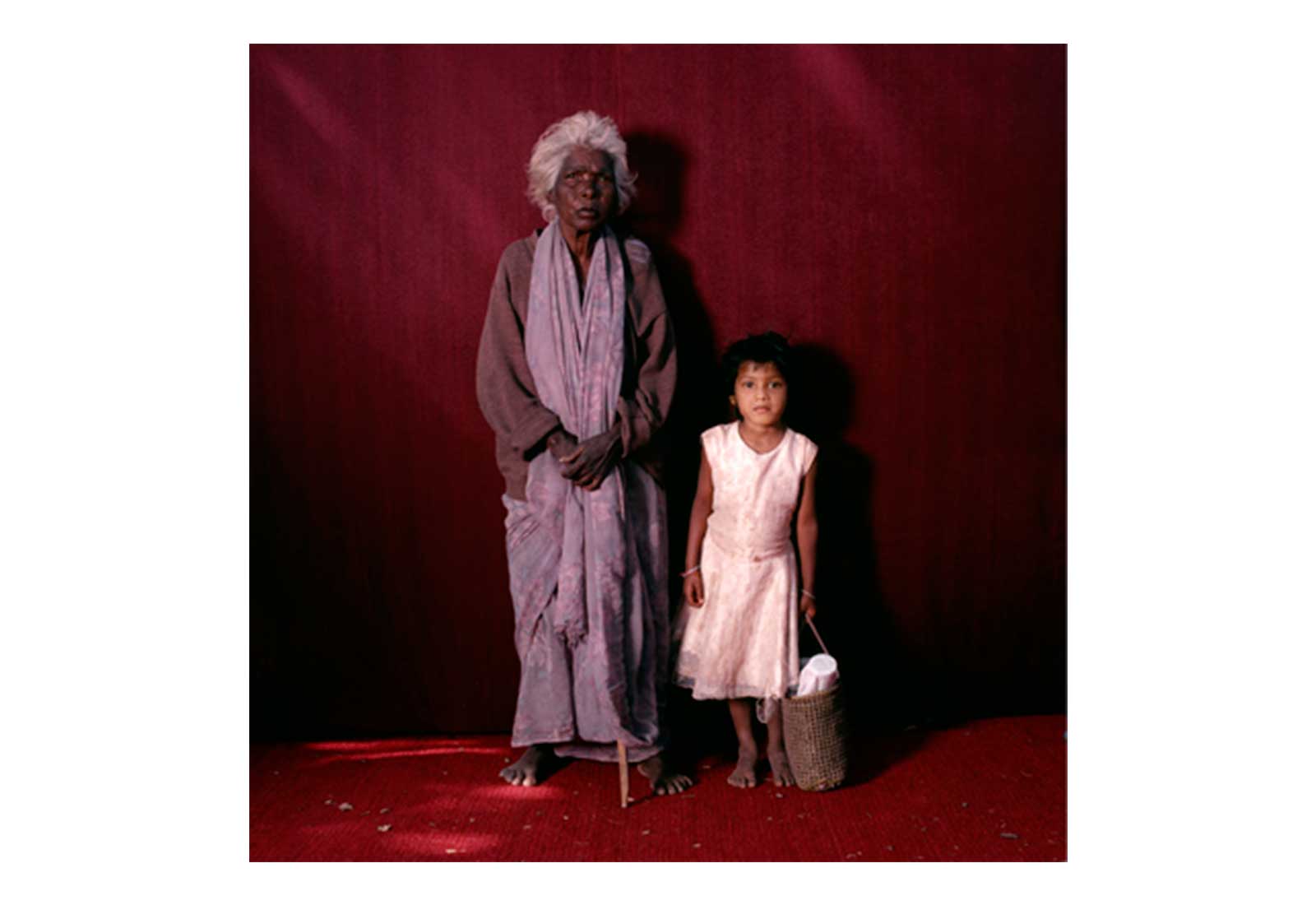 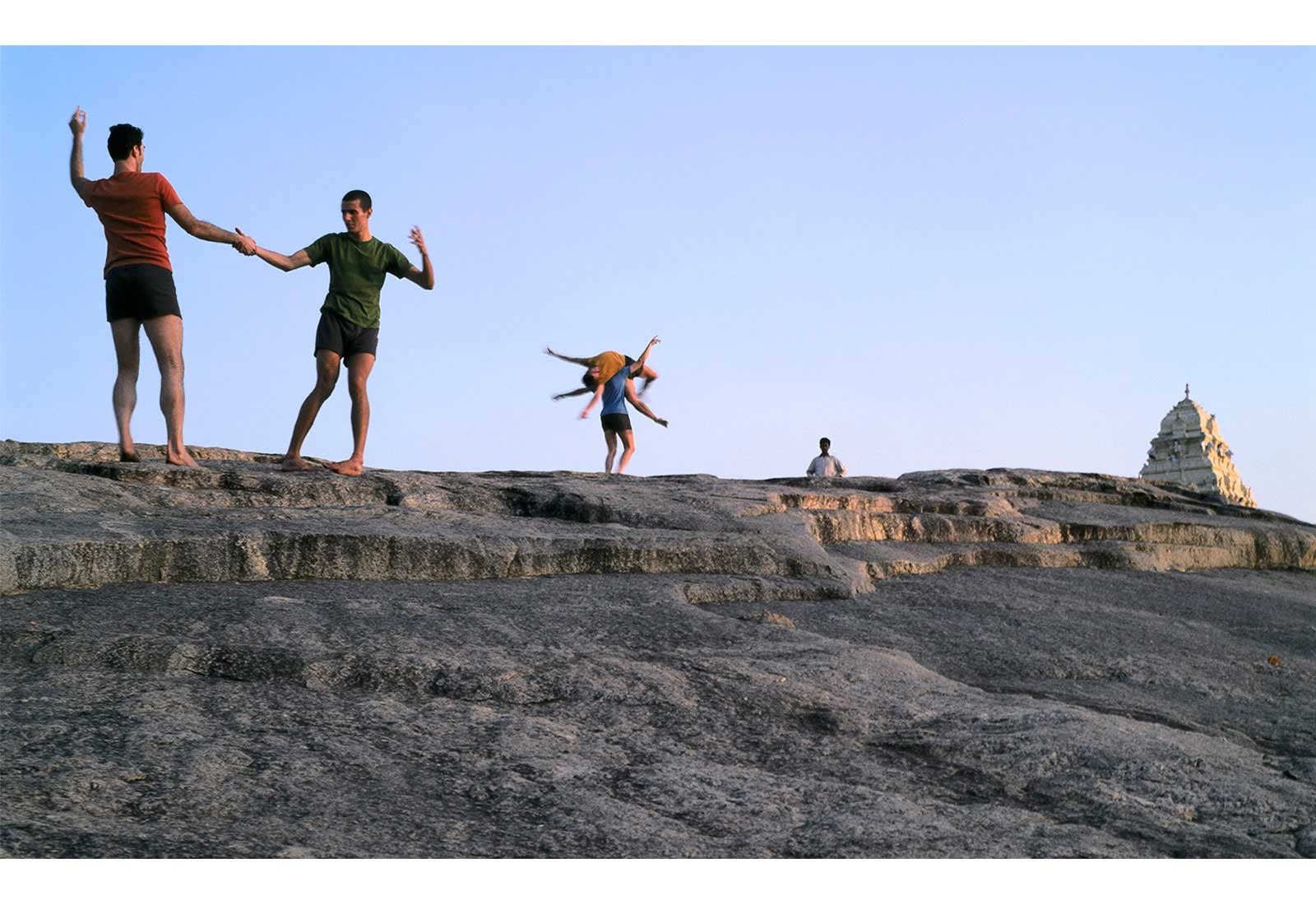 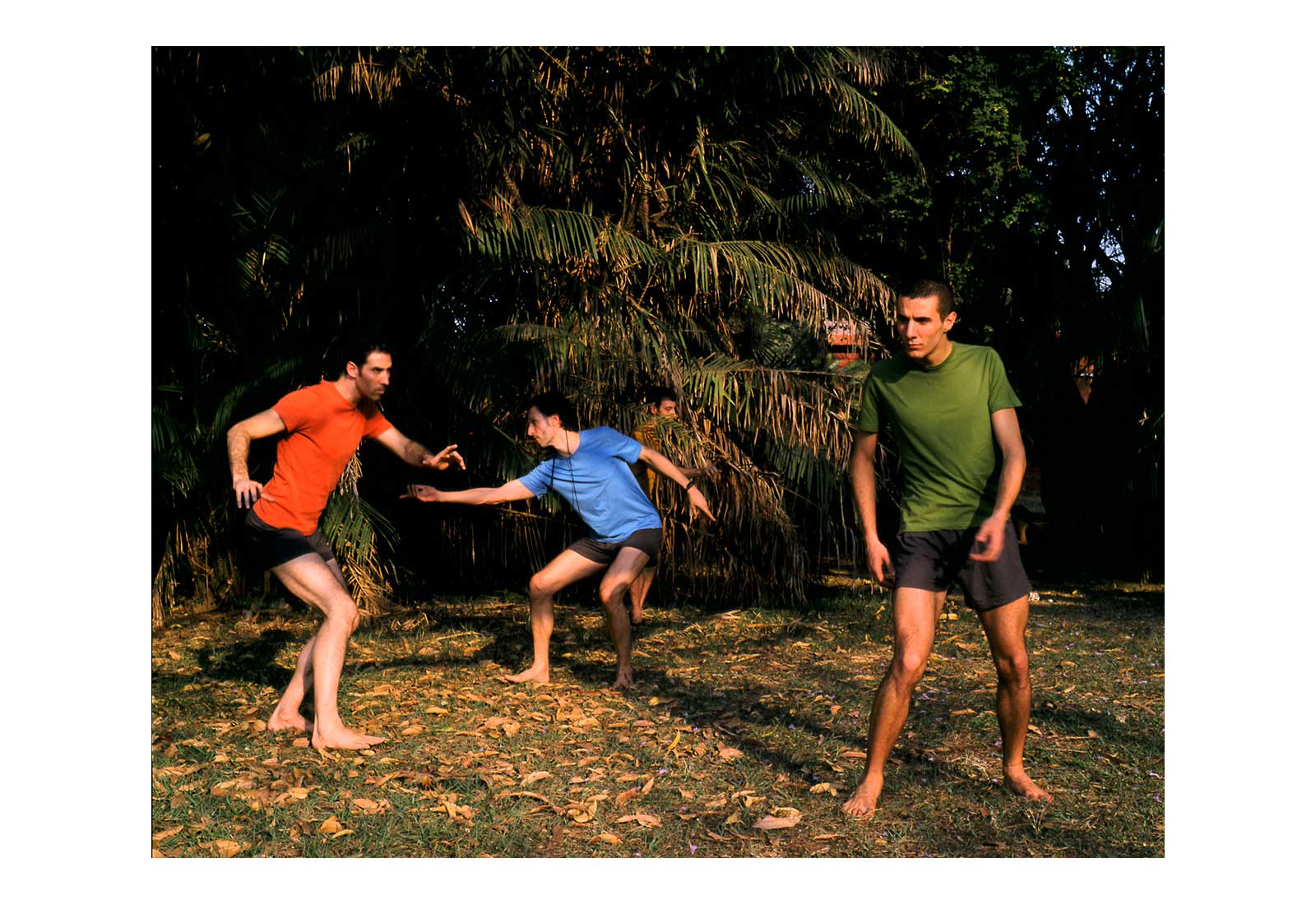 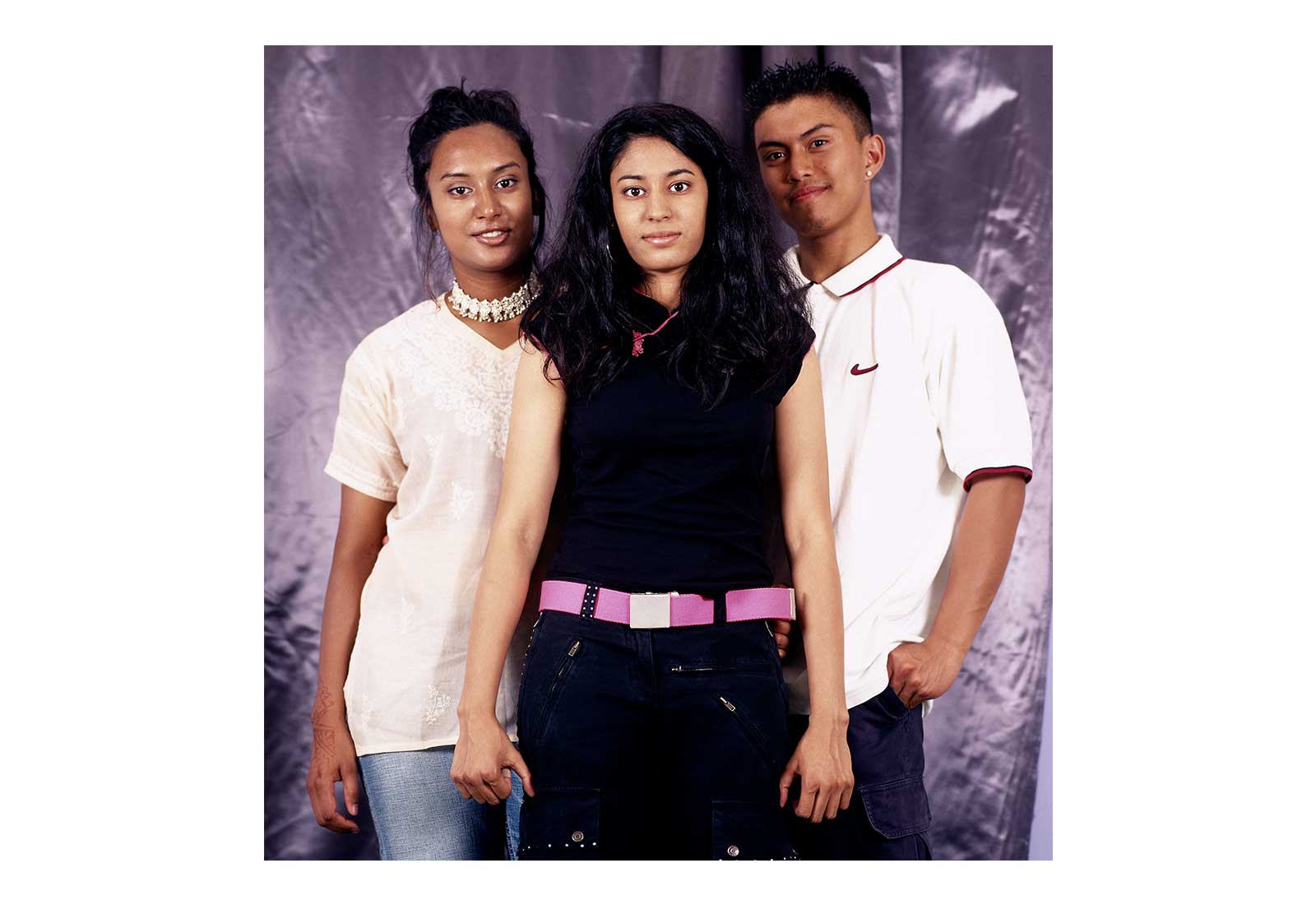 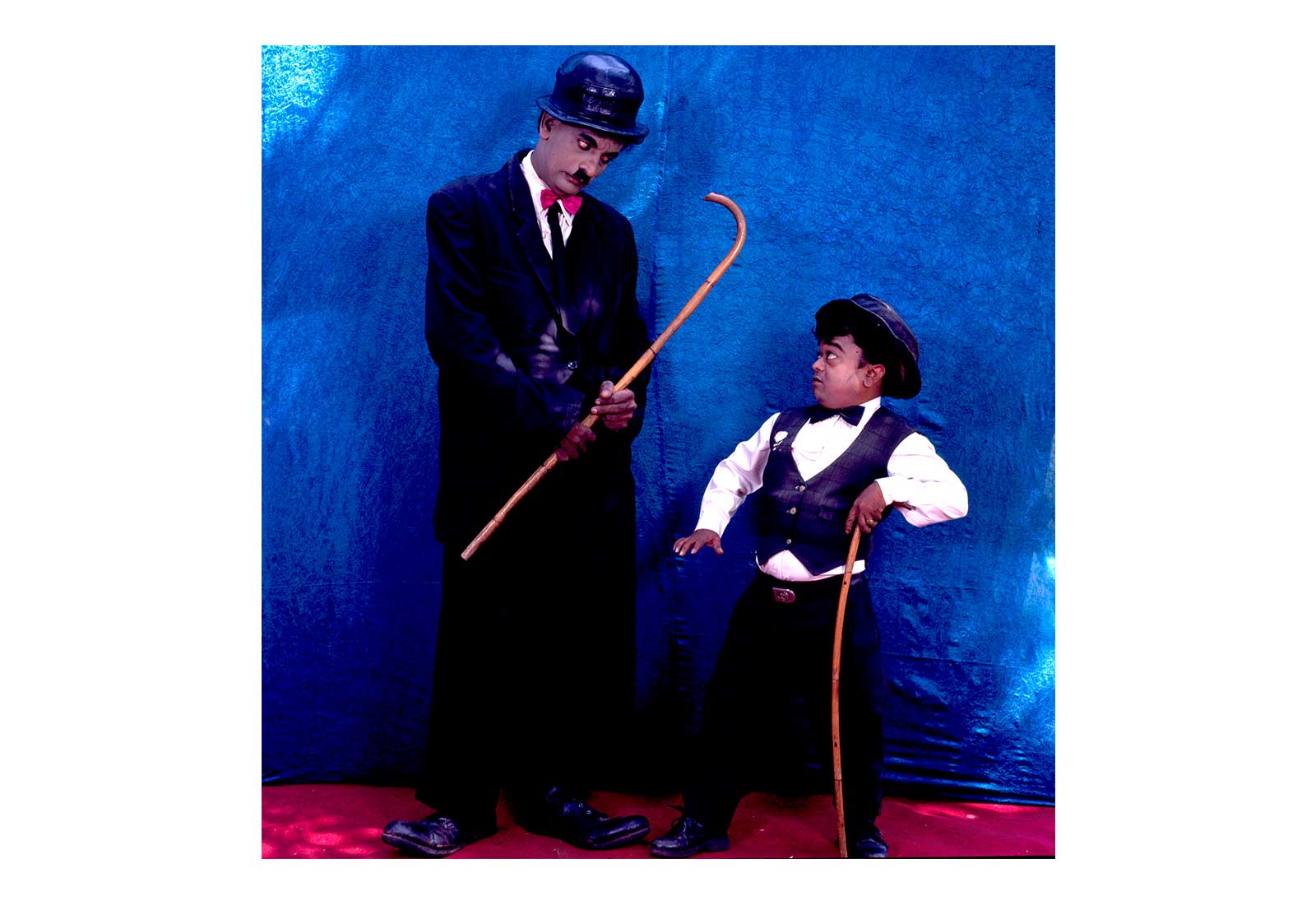 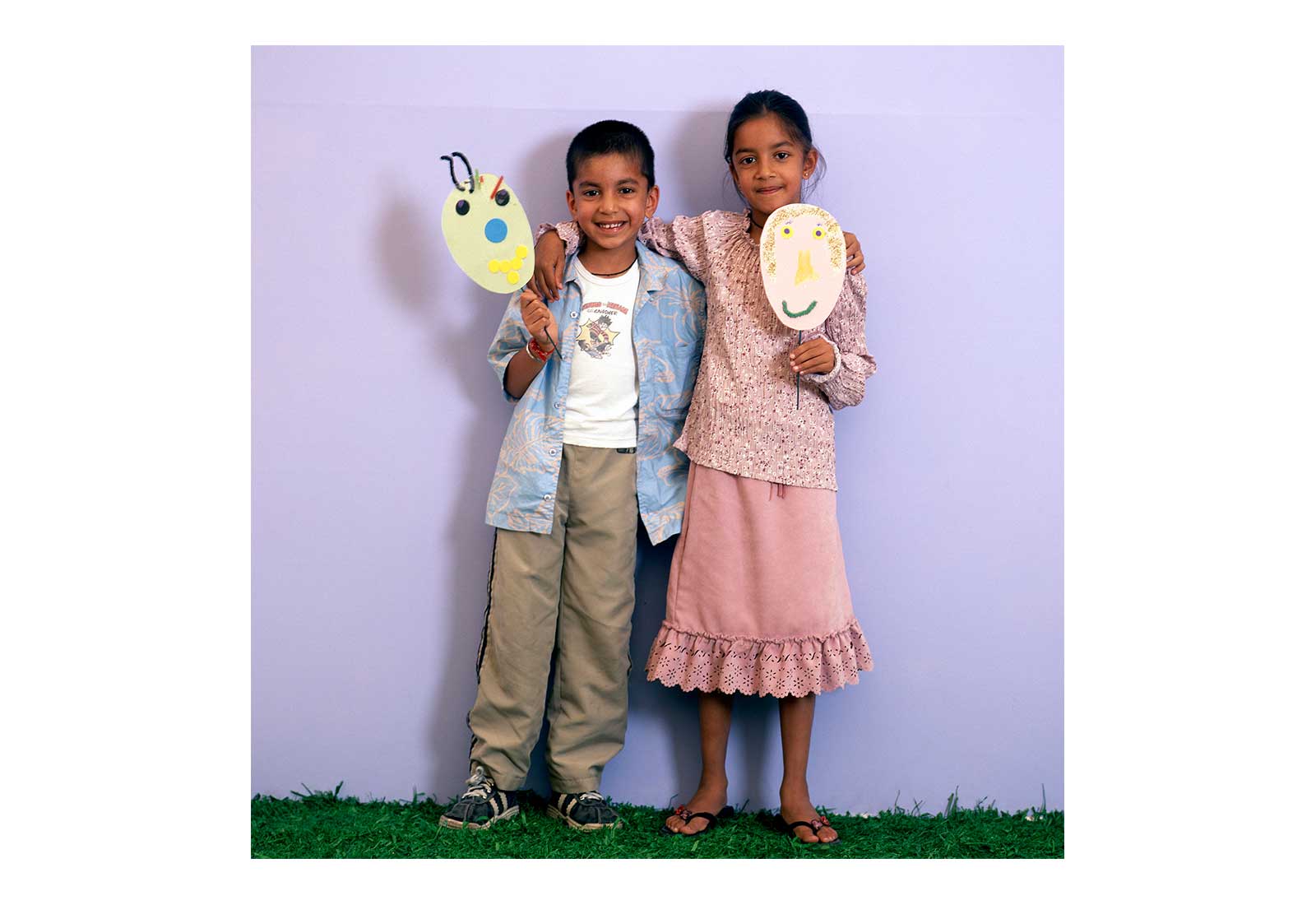 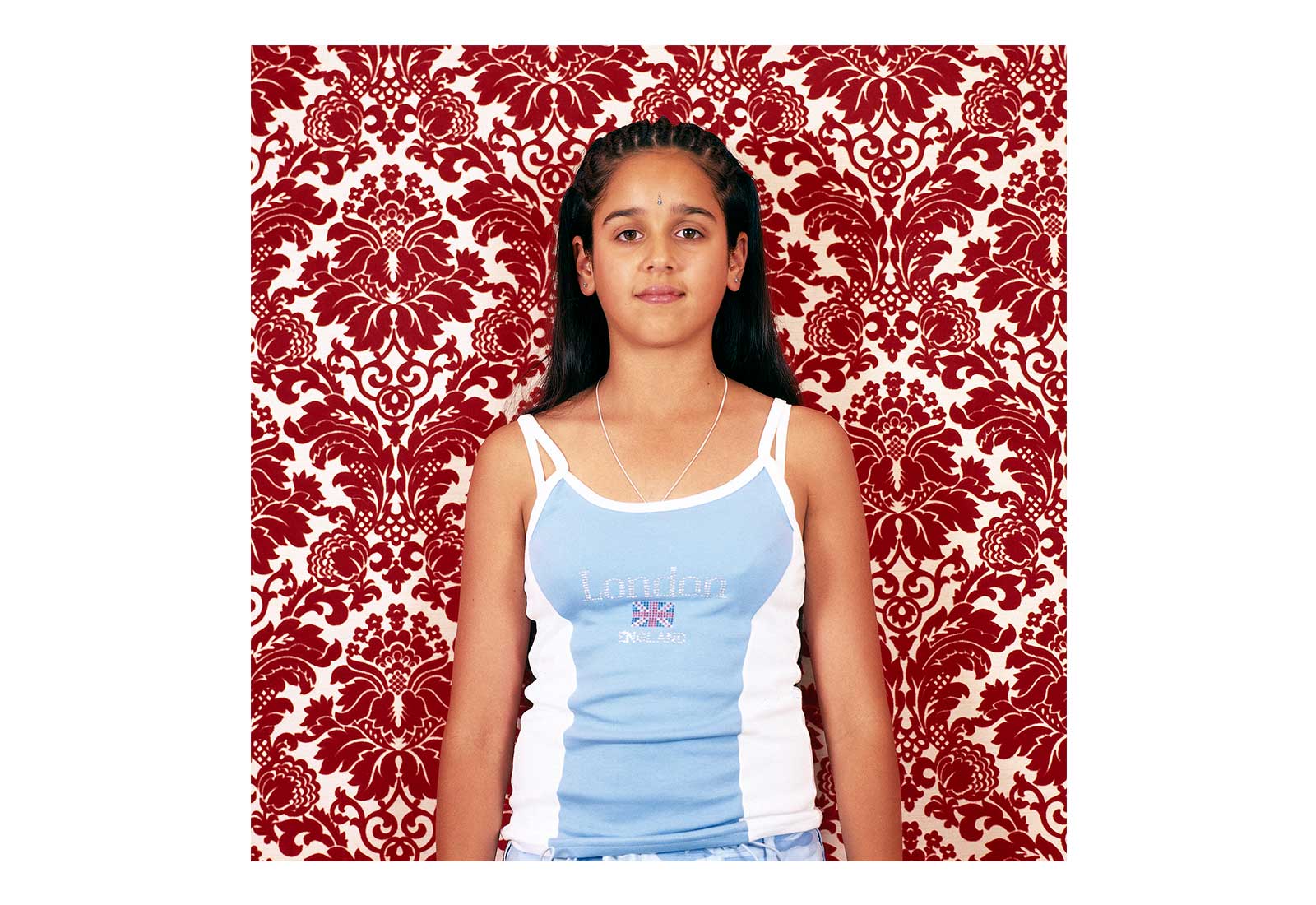 In the Summer of 2003 the V&A Museum commissioned a ‘photographic event’ as a day of record at The Asian Mela Festival in Gunnersbury Park, West London. Visitors to the festival volunteered to have their photograph taken in a makeshift studio where they were able to choose between a variety of backdrops and give a short statement about themselves. Each participant received a polaroid image.

Three further shoots were organsed in South India with the support of The British Council, (South India) and the help of a number of other institutions. The shoots were at Lalbagh Gardens, Bangalore on the Mahashivaratri Holiday, and at VGP Golden Beach and Anna Nagar Tower Park in Chennai during Pongal. VGP Golden beach is a theme park/fair ground near the Chennai film studios which accounts for the photographs of performers who put on their acts in the park. The Fabrics from which the backgrounds were created were sourced locally.

The Exhibition was shown at the V&A in April and May 2005 and at The Forum Gallery, Chennai as the concluding part of their ‘seeing frames’ season of exhibitions in January 2006. A specially designed piece of computer software in the gallery enabled local visitors to the exhibition to submit their comments and observations which were subsequently posted on the V&A’s everyobject.net website, which was funded by Channel 4.
Images shot outside on medium film with (mains) flash. All Images ©Allan Parker. 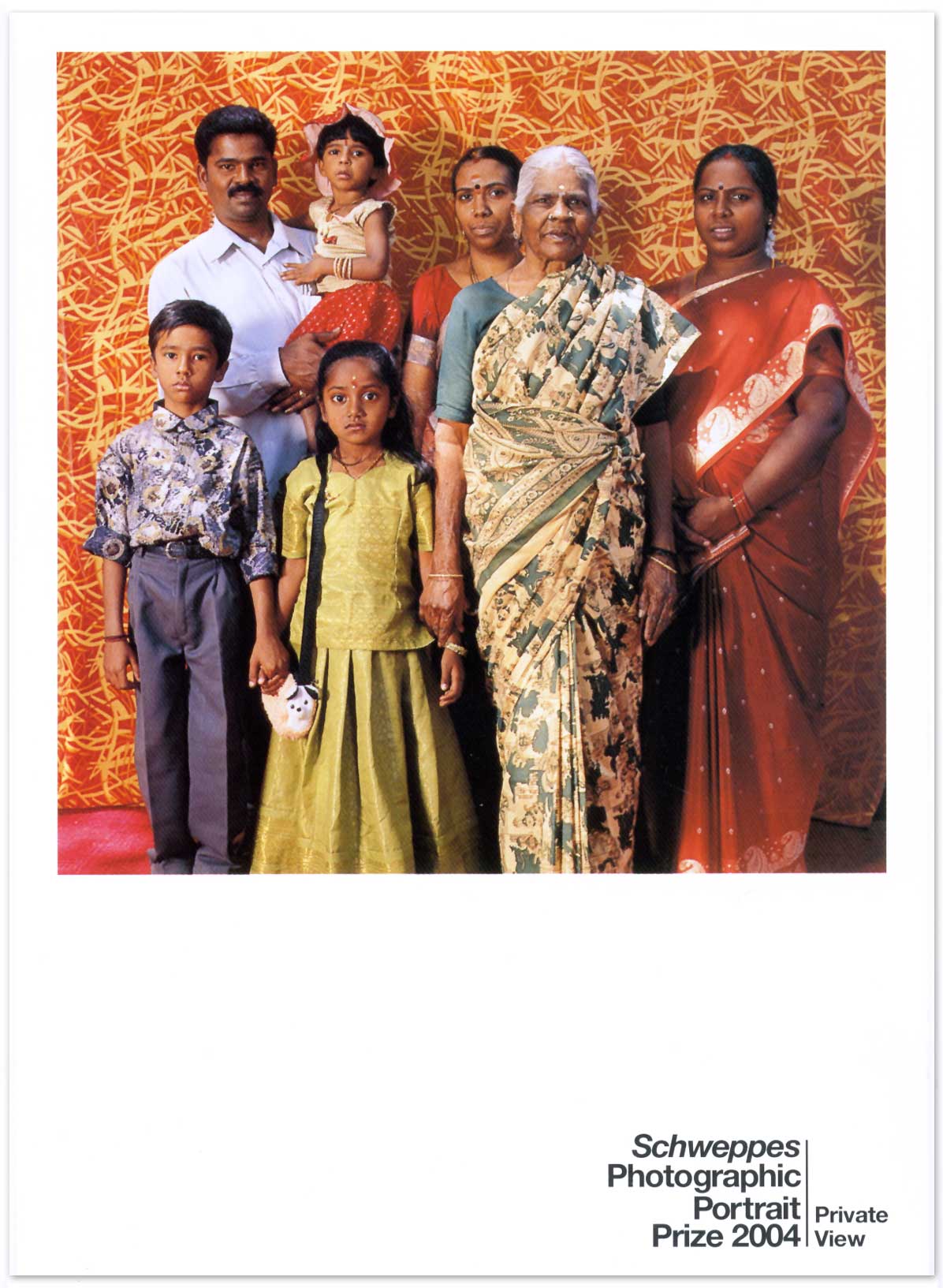 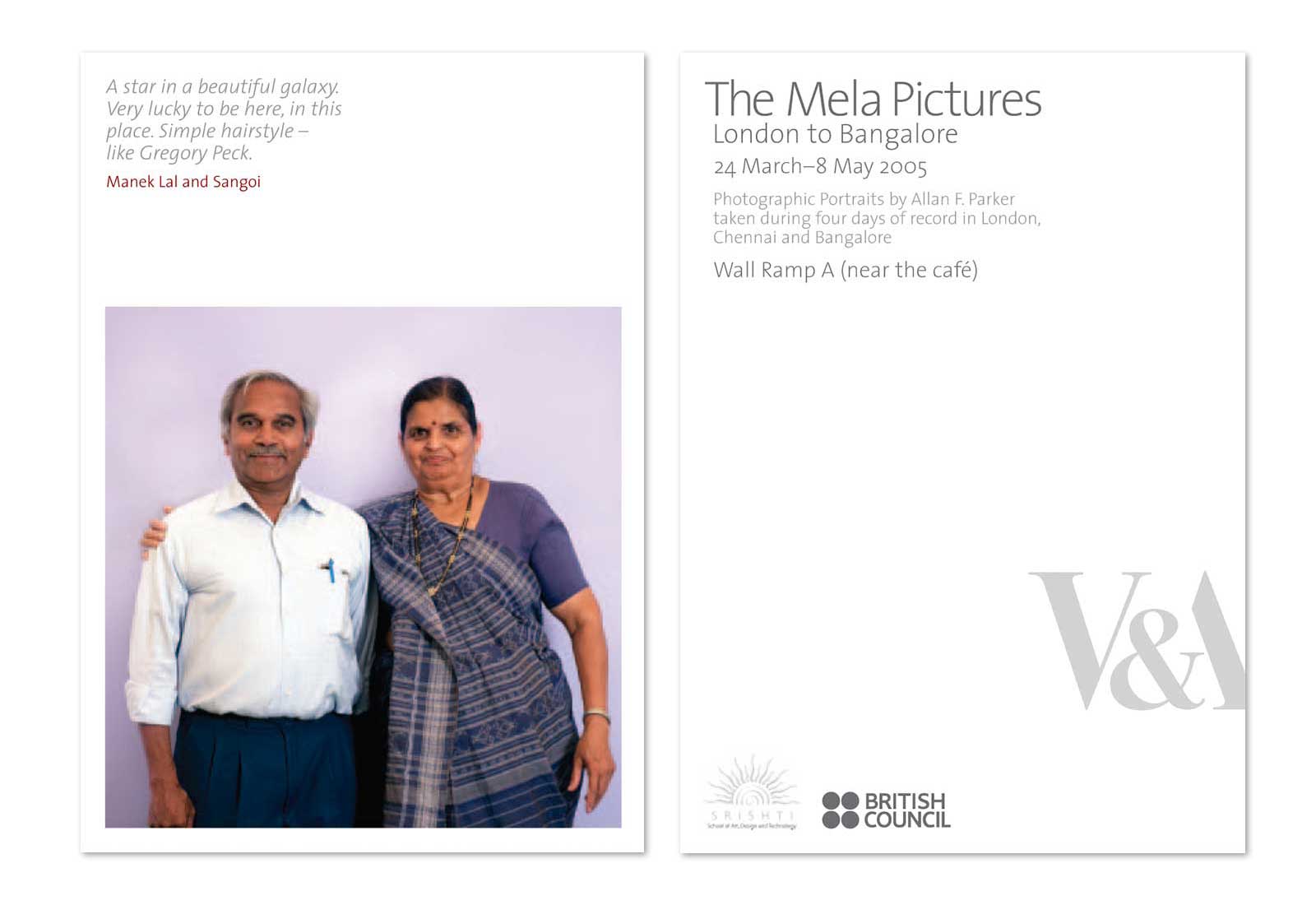 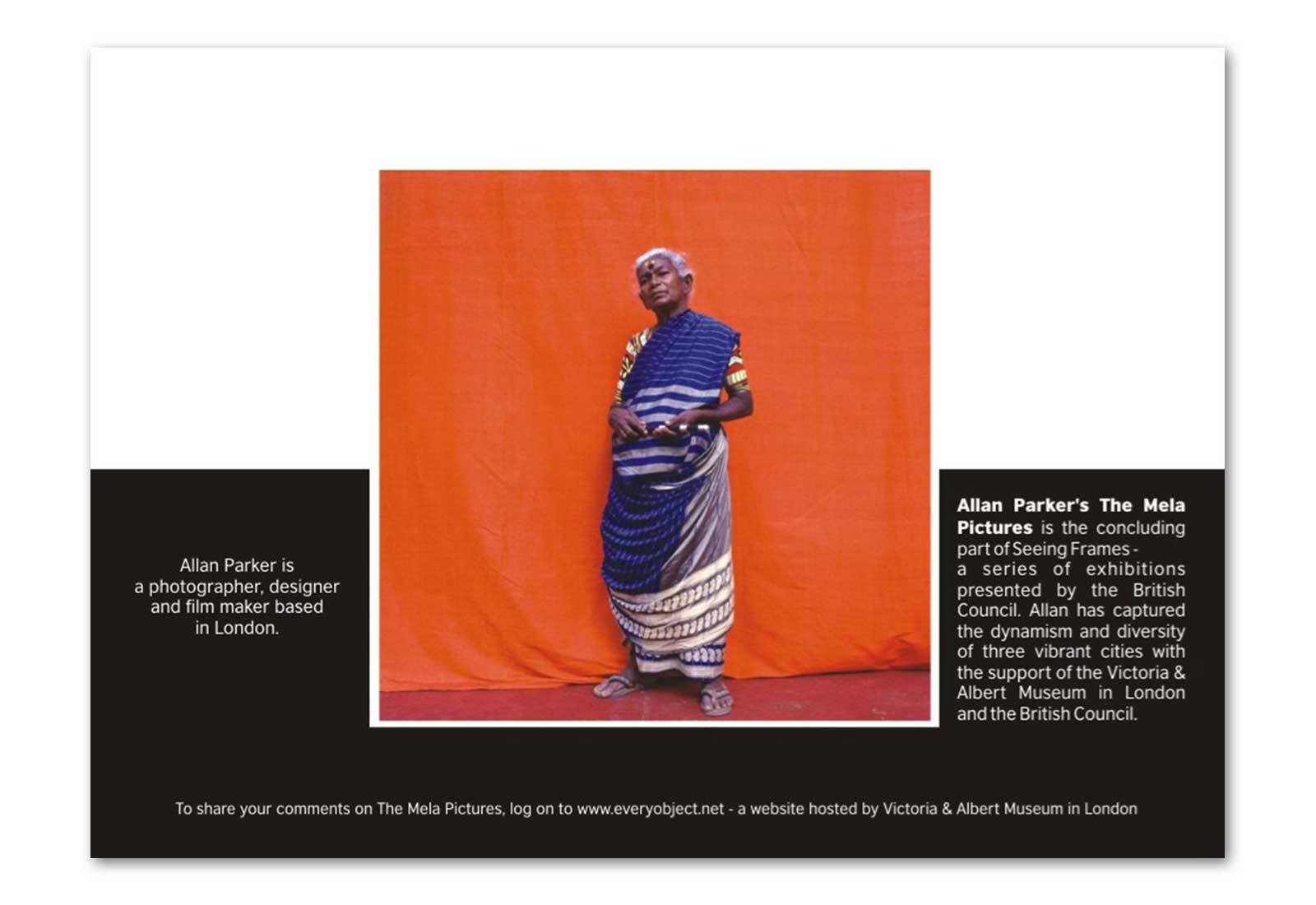 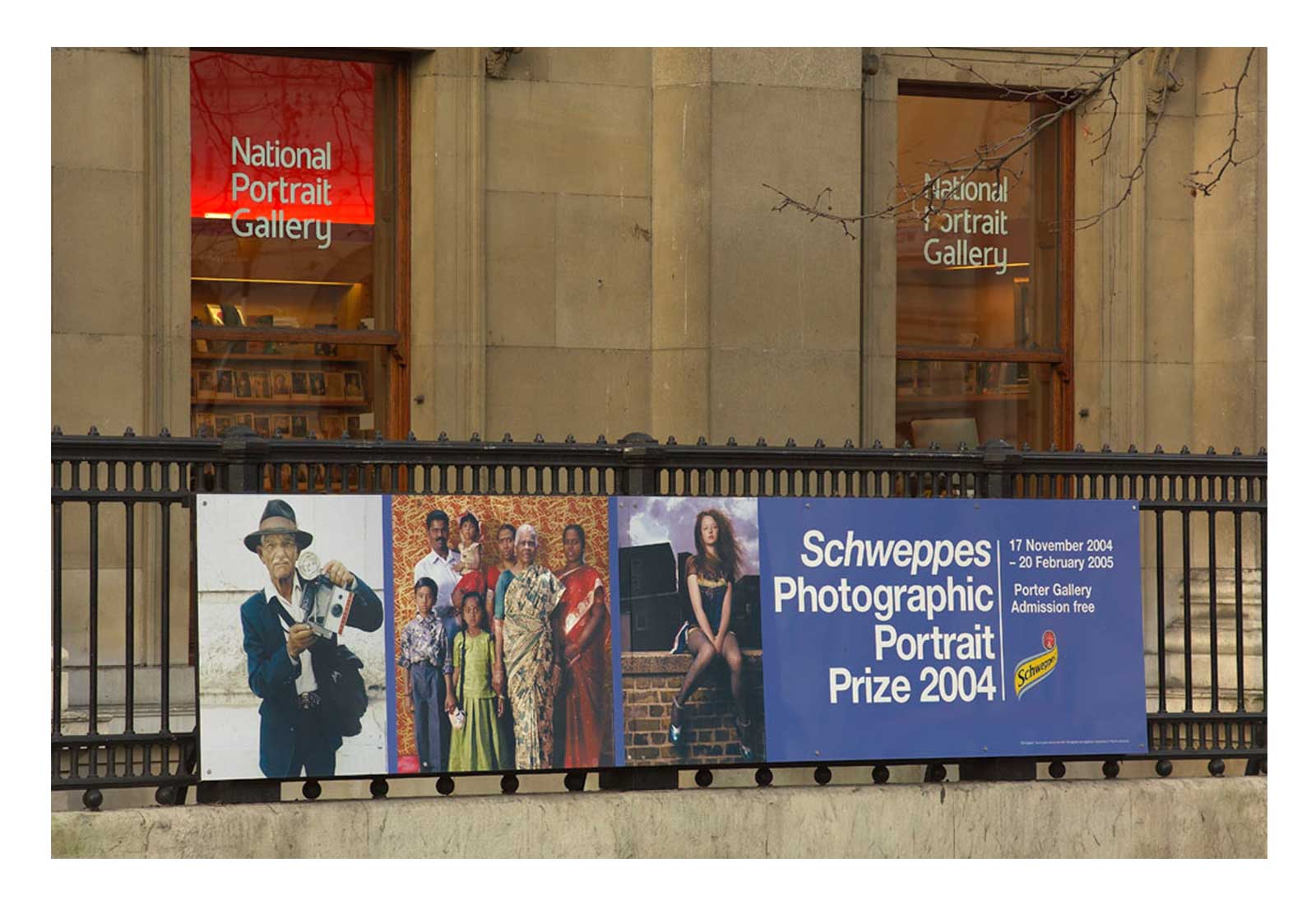